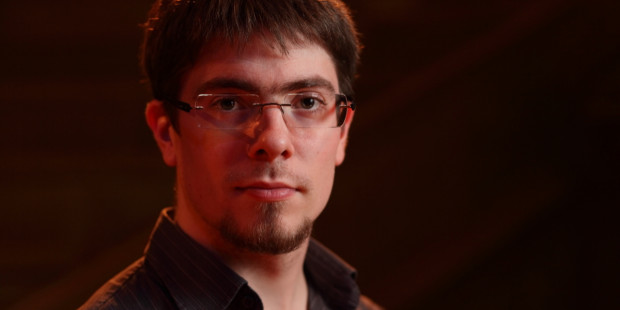 “Among the younger generation of baroque musicians in Belgium, the name Korneel Bernolet is one to be watched. He is an extremely fluent player gifted with indefatigable concentration, a natural talent!” (Sigiswald Kuijken)

Harpsichordist and conductor Korneel Bernolet (°1989) has been active on the European concert scene from the age of nineteen, playing with renowned ensembles such as La Petite Bande (Sigiswald Kuijken), Scherzi Musicali (Nicolas Achten), B’Rock and cantoLX (Frank Agsteribbe), the Mannheimer Hofkapelle (Florian Heyerick) and his own Ensemble Apotheosis. His reputation as recital soloist is growing. Korneel graduated from the Royal Antwerp Conservatory with the highest honours as a student of Ewald Demeyere, and subsequently took part in master-classes with Christophe Rousset, Gustav Leonhardt and Jesper Bøje Christensen. He teaches at Artesis University College Antwerp and the Aalst music school.

As a promising young conductor he was musical director of many a concert in Belgium and the Netherlands as well as opera and ballet performances. He worked as assistant-conductor and conductor at the Royal Antwerp Conservatory, B’Rock and the Netherlands Wind Ensemble. At the age of eighteen, Korneel was admitted to the highest level of the international Kurt Thomas Course for conductors in Utrecht; since then he has been coached by Geert Hendrix and Luc Anthonis.

Korneel played in countless cd, radio and tv recordings with renowned ensembles. Among the many prizes award to Korneel are the ‘Belfius Classics Award’ 2008 and the ‘ARTos Music Prize’ 2012 for particular artistic merit. He is ‘Laureate 2013’ of SWUK-Flanders, where he is also artist in residence. In april 2013, his first solo cd will be released on Aliud Records, featuring works by Balbastre. [www.korneel.bernolet.com)