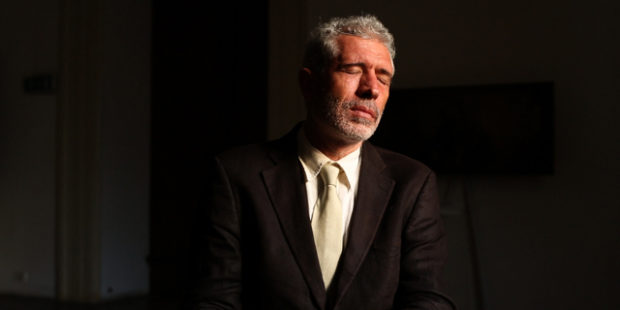 Marco Mencoboni: harpsichordist and organist, was born in 1961 in Macerata. He studied with Umberto Pineschi, Ton Koopman, Jesper Christensen and Gustav Leonhardt with whom he graduated at the Sweelinck Conservatorium in Amsterdam in 1990. He has dedicated many years to the rediscovery and performance of ancient musical repertoire of Baroque and Renaissance. Thanks to his tireless dedication, many jewels of a forgotten music have been brought back to life including works by Ignazio Donati, Pietro Pace, Costanzo Porta, Bartolomeo Barbarino, Luigi Battiferri. Today, as soloist and director of the Cantar Lontano ensamble, he is in demand by many important festivals of early music internationally as Ambronay, Utrecht, Trigonale, Pontoise, Haut Jurà, Ravenna Festival, Rossini Opera Festival and many others. Since 1999 he is the artistic director of the Cantar Lontano festival. He rediscovered and enhanced the “Cantar Lontano” practice, an extraordinary vocal technique of Marche early ‘600. This incredible forgotten praxis is realized placing strategically the singers in the Church space, to the imitation of many choruses, to create a spectacular widespread effect sound. This research has led to the need to transform the unexpected places in real theaters for music, element that characterized his work in recent years, leading him to perform pieces of the Renaissance mixing natural voices to the horns of seven ships in the port of Ancona. In 2010 he began working with the Pier Luigi Pizzi around the work of Monveverdi. His latest creation is Canalgrande adriatic baroque orchestra, an orchestra composed of musicians born and raised near the Adriatic Sea, an international project that unites musicians Italians, Croats, Slovenes, Albanians and Greeks. Dal 2013 collabora come docente all’Accademia Rossiniana di Alberto Zedda presso il Rossini Opera Festival di Pesaro. Dal 2015 è vicepresidente del REMA, l’associazione europea dei festival di musica antica. Per il Festival di Musica Antica Utrecht ha realizzato nel 2016 una serie di tutorial video sulle peculiarità della musica antica. http://oudemuziek.nl/festival/early-music-tutorials/