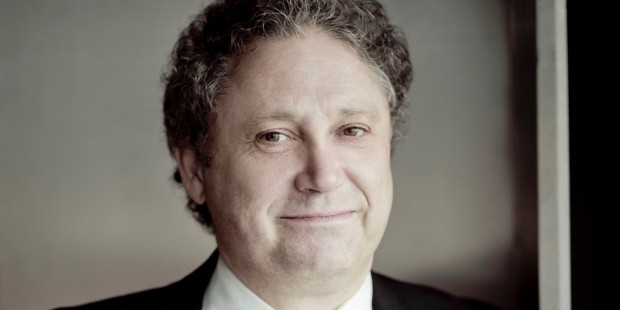 Richard Egarr brings a joyful sense of adventure and a keen, enquiring mind to all his music-making – whether conducting, directing from the keyboard, giving solo recitals, playing chamber-music, and indeed talking about music at every opportunity. Music Director of the Academy of Ancient Music since 2006, Egarr is also Principal Guest Conductor of The Hague Philharmonic and Associate Artist of the Scottish Chamber Orchestra. He has a flourishing career as a guest conductor with orchestras ranging from Boston’s Handel and Haydn Society to the London Symphony, Royal Concertgebouw and Philadelphia orchestras.

Early in his tenure with AAM Egarr established the Choir of the AAM, and operas/oratorios lie at the heart of his repertoire; current plans with the AAM include a Monteverdi opera cycle at the Barbican Centre where they are an Associate Ensemble. He made his Glyndebourne debut in 2007 conducting a staged version of St Matthew Passion. Egarr is a lasting inspiration to young musicians, maintaining regular relationships at the Amsterdam Conservatoire, Britten Pears Foundation, and the Netherlands Opera Academy (La clemenza di Tito, Le nozze di Figaro and Rossini’s Il Signor Bruschino). He is a Visiting Artist at the Juilliard School in New York.

Egarr continues to play solo recitals across the world – in 2015 at the Edinburgh International Festival and at Carnegie Hall, where his programme includes Bach ‘English’ Suites and Handel ‘Great’ Suites, as featured on his two latest releases for Harmonia Mundi. These are notable additions to an impressive discography, which includes the Goldberg Variations and Well-Tempered Clavier, Mozart fantasias and rondos, and the complete harpsichord works of Louis Couperin. His growing list of recordings with the Academy of Ancient Music includes seven Handel discs (2007 Gramophone Award, 2009 MIDEM and Edison awards), and most recently JS Bach’s St Matthew Passion, released on the AAM’s own label in March 2015.

Egarr trained as a choirboy at York Minster, at Chetham’s School of Music in Manchester, and as organ scholar at Clare College Cambridge. His studies with Gustav and Marie Leonhardt further inspired his work in the field of historical performance.