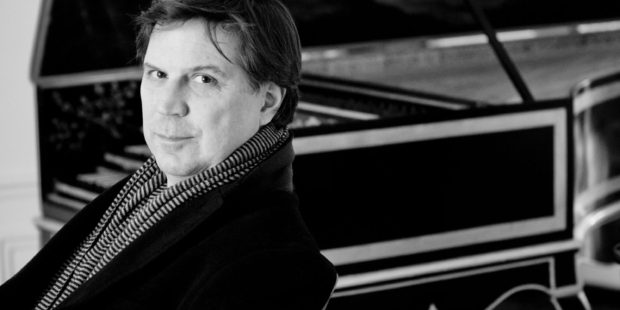 As a solo performer, Sempé has focused on developing a superb sense of idiomatic harpsichord touch and a finely tuned ear for achieving variation in the instrument’s sonority. Performing and recording on the world’s most prestigious harpsichords, made by Ruckers, Skowroneck, Kennedy and Sidey, Skip Sempé is particularly known for his interpretations of the French classical harpsichord literature including Chambonnières, d’Anglebert, Forqueray, Louis and François Couperin and Rameau, for his adventurous and ground-breaking Bach and Scarlatti, and for the earlier virginalist repertoire of Byrd and his contemporaries.

For 2006/07, Skip Sempé was named Artist-in-Residence for BOZAR Music in Brussels, with a ‘carte blanche’ of five concert appearances, in recital, with Capriccio Stravagante, the Capriccio Stravagante Renaissance Orchestra, the Collegium Vocale Gent and B’Rock – and including a special event of Masterclasses and Lectures for the Orpheus Instutite in Ghent in the ‘Artistic Witness’ series.