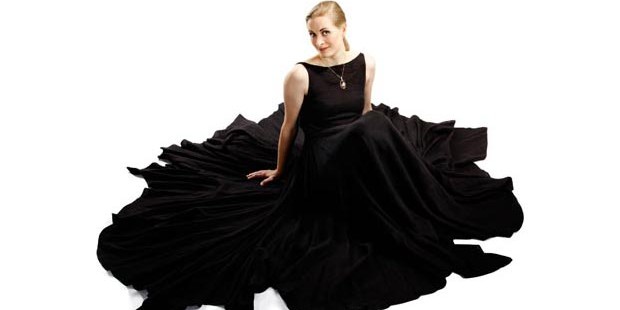 The Finnish soprano Tuuli Lindeberg is a versatile singer and musician. She is running an active national career as a freelance singer and pedagogue. With her crystal-clear voice and excellent musicianship she is one of the foremost interpreters of Baroque and contemporary vocal music in her native country. She collaborates regularly with the best chamber orchestras and Baroque music ensembles in Finland and appears frequently as a soloist in oratorios and other choral works. She performs regularly on national radio and tv (YLE) with concerts and music programs.

Her recent engagements include Handel’s motet Silete venti with Ostrobothnian Chamber Orchestra under the baton of Reinhard Goebel; Esa-Pekka Salonen’s Floof with Avanti! Chamber Orchestra and Jaakko Kuusisto; recitals with Classical and Romantic Lieder and Baroque repertoire; soprano solos in Bach’s B minor mass, St.John Passion and Monteverdi’s Maria Vespers, and the role of Second Niece in Benjamin Britten’s Peter Grimes at the Finnish National Opera.

Outside her home country, Ms.Lindeberg collaborates regularly with Baroque harpist Andrew Lawrence-King and The Harp Consort, and has given concerts with them in France (St.Michel-en-Thierache), Italy (La Scala, Milan) and Belgium (MA festival, Brugge). This summer she sings with The Harp Consort at Musikfestspiele Potsdam Sanssouci, Germany.

Ms.Lindeberg won second prize in the national Kangasniemi singing competition in 2009. She holds a Master’s degree in solo voice from Sibelius Academy, Finland. During her studying years, she attended several summer courses and master classes on early music by Paul Hillier and Evelyn Tubb.

Besides performing, Ms.Lindeberg teaches singing with a special emphasis on Baroque style and interpretation at Metropolia University of Applied Sciences in Helsinki. She also works occasionally as an artistic producer for recordings of vocal, choral and chamber music.